Jesus came to bear witness to the light Transcendent. Saints incarnate themselves by the behest of the Supreme Father of the universe to raise humanity from ignorance, error and sin to the life Righteous and Beatific. Saint Tukaram has said, “We live in Vaikuntha, but we come down to help humanity.” The All-powerful spiritual law that governs the universe manifests itself in infinite forms to establish itself in the realm of manifestation. Each form thus manifested bears witness to the Light Eternal. The suffering of the son of God, Christ, is a brilliant example of how the incarnated symbol 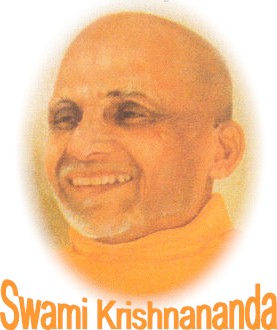 of the eternal bears witness to its source. There is a great meaning implied in the suffering of the Saints, whether it is deliberately imposed upon himself by himself in the form of ascetic denial or it is imposed on him by external agencies. He that loves the world loves not the Father, and he that dies for the sake of the son of God, truly lives. The implication of all this is that to establish the righteousness of God in this mundane realm and to bear witness to the undying law that is supermundane, the son of God, the great Saint, lives the life of an abnegation of conformity to the customs and rules of the deluded earth and affirms with all force the non-earthly character of the ideal life. To die to the narrow life of the earth is to live in the peace that passeth all understanding.

Christ has said that he came here to obey the commands of his Father, to do the Will of his Father. And he has also said that the heaven of the Father is within all. This means that the life of the Saint is a sacrifice done for the sake of asserting the spiritual law of that which is within all. The All which is within everyone is the true Father of humanity and all beings. The life of man is meant to demonstrate the goodness and the love, the wisdom and the truth which is his own origin. The assertion of the righteousness of the universal life which is an expression of the great Father in heaven requires therefore the assertion of all the unifying forces in this world of diversity. The life of the saint is a sacrament, a holy act, a divine worship. Suffering is inevitable to the saint who is the son of God, for, as the Christ has said, the one that is of God has no place to rest. Nothing here can satisfy the infinite impulse to be righteous and to do the righteous. From birth to crucifixion the life of Jesus has been a saga of the process of self-perfection. The incidents in his life represent the microcosmic as well as the macrocosmic changes that take place in the history of the evolution of the universe towards Self-realisation in the existence of God.

Every phase of life is a necessary moment in the continued endeavour of the universe to recognise itself in Self-consciousness and unity of powers. Though the life of every person is indicative of the nature of the entire evolution of that individual, past as well as future, resulting in the experience of perfection, the life of Jesus, as well as of Sri Krishna, is a direct illustration of the conscious and systematic movement of the consciousness from its rudimentary individual state to the fully blossomed attainment of the infinite Godhead. If spiritual effort consciously and deliberately exerted can be defined as the process of the compression of the entire evolutionary play into one life, the life of Jesus can be said to be a concrete representation in picturesque forms of this drama of evolution.

Jesus reveals himself in this world at a time when the king of the country strives his best to oppose him. Jesus has to be protected by being taken to a distant place. He grows up under mysterious circumstances and begins to preach the gospel of Divine Life. He is opposed again, tempted in several ways, charged with guilt, tried in court, found fault with, and crucified.

The soul of man, in the same way, begins to peep out through its material vestures when it finds itself hemmed in by disturbing powers of the physical and the mental world. The spiritual spark has to be saved from being extinguished completely. This is the preliminary step in the practice of Yoga. Sometimes the soul loses itself in a dark night and, later mysteriously emerges out of the same to assert itself with its full dignity and power. It begins to establish its law in all that it experiences and while doing so the powers of the manifested universe come in conflict with its super-normal behaviour. The individual soul with its new alignment with the Supreme Self finds itself persecuted by the natural forces of the world. It is tempted vehemently, tried in all possible ways and declared unfit for a natural life in the world. It finds it impossible to live at the same time both in the conscious realm of God and the lusty world of man. It abandons itself to the Will of the Supreme and for the sake of this beatific union with the Infinite it casts off its individuality and ceases to be an element in the changing and objective plane of death, where the passions drag one away from God.

The teachings of Christ constitute the essential principles that regulate the course of the spiritual aspirant in his quest of the great ideal. Faith is the fundamental key to success in spiritual life. Christ has also warned people that many may come in his garb but may not be real teachers. One has to be aware of these deceitful ones and lay one’s trust in the true teacher, the Christ. The power of faith is such that, as Christ puts it, even a grain of it can move a mountain hence. Thought of food and raiment is not to become the burden of the aspirant. It is the instruction of Jesus that God knows more than man and that He knows how to protect man. The one duty of a person is to come to Him alone for rest, light and salvation. But “not everyone that sayeth unto me, Lord, Lord, shall enter into the kingdom of heaven; but he that doeth the will of my Father which is in heaven.” It is not verbal humility and devotion but sincere feeling of dedication and surrender that can take one to God. Spiritual effort has its aim not in public worship, adoration in the streets and beating of drums, but silent sacrifice and intense feeling of union with the One without a second. “Blessed are they which do hunger and thirst after righteousness, for they shall be filled. Blessed are they that mourn, for they shall be comforted. Blessed are they which are persecuted for righteousness’ sake, for their’s is the kingdom of heaven.” God reveals Himself to man not until he becomes ready to sacrifice his life for His sake.

The greatness of the devotee of God is like a sweet fragrance which makes itself felt by all, by its very presence. “They are the light of the world; a city that is set on a hill cannot be hid.” The spiritual essence that constitutes the core of a person in union with Divine, reveals itself, of its own accord, without any kind of effort on the part of the person who is the medium of that revelation. The sun does not proclaim himself when he rises in the sky, but his very presence makes itself felt by those who have eyes to see and sense to feel. The owl does not know the sun, the blind does not see the light, the ignorant are not aware of the moving spirit of God that dwells in the tabernacle here and shines through the saint. The acts of Christ and his disciples are to be taken not in the sense of processes that have their end in the fulfilment of an individual wish, but as parts of cosmic movement tending to the establishment of God’s glory in the universe.

The life of Christ is a veritable sacrament, an outward and visible sign of inward and spiritual grace that descends from the Sovereign of the universe. It is the unbounded love of God that came in flesh and suffered for the sins of humanity to raise the latter to the source of this love. Love and sacrifice are the key to open the door of immortality. Prayer, not for one’s own salvation from pain, but for the redemption of others from the ignorance of the law of God, is the true form which love and sacrifice takes in the life virtuous. The miracles which Christ performed are indicative of the Omnipotence of Him for whose sake Christ came here. The mission of the life of Jesus is not merely to open the eyes of man to the light that shines beyond the dust of the earth, but also to hoist the banner of the kingdom of heaven on this very earth, by winning for righteousness victory over evil and the temptations of Satan. Life here is a blending of the relative laws of the earth and the absolute law of God. “Render unto Ceaser the things which are Ceaser’s; and unto God the things that are God’s.” A development of the aspiration for the Spirit, in harmony with the rules that regulate the kingdom of God and the kingdom of the earth, is necessary in order that the aspirant may be free from the error of the over-emphasis of non-essentials and of neglect of essentials in this relative life. Man is God and brute crossed at one point, and so he has to transcend the brute by an intelligent application of the divine power within him to what is active in him as the undivine force.

Christ was a great realist when he stressed the importance of kindness, love, service and worship of God as the Father in heaven. He was a great idealist when he asserted that the kingdom of heaven is within, that there is nothing from without a man that entering into him can defile him, but the things which come out of him defile him. The oneness and the organic nature of the universe is what is mad explicit by his synthesis of the real and the ideal nature of human experiences in the universe. God is within and also without. The world is within us and also without us. Asceticism and love are both our duties. A parallel integration of the interior and the exterior forces through spiritual regeneration would confirm the kingdom of God on earth. In the teachings of Christ a careful student finds wisdom and holiness, metaphysics and ethics, realism and idealism, self-withdrawal and self-expression, knowledge and its object, fused into one, in a most wondrous and comprehensible manner. Only a God-man can do it, and Christ was one such. His life is a precept, and his precept is the word of God, by hearing and following which the unending beatitude of man is made secure.