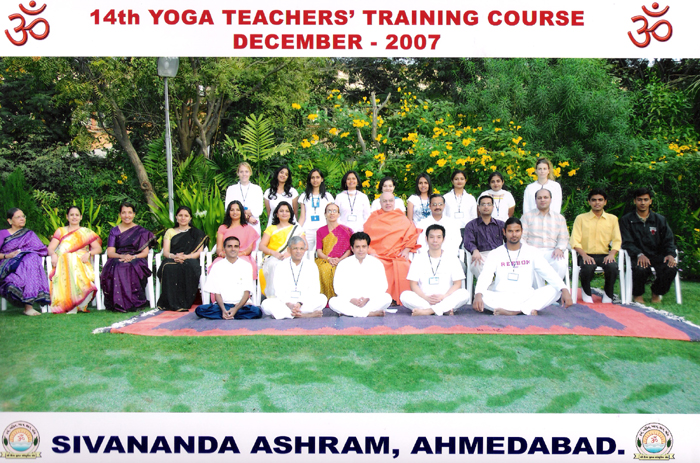 Students from U.K, Canada, Finland, Australia , Taiwan, Gangtok – Sikkim, Punjab and Gujarat participated in three weeks YTTC organized through Sivananda International Vedanta and Yoga Academy ('SIVA') of Sivananda Ashram, Ahmedabad from Dec 11, 2007 to Dec 31, 2007. All the students enjoyed their stay at the ashram. It was organized under the guidance and leadership of Sri Swami Adhyatmanandaji Maharaj and conducted by a team of yoga teachers, medical doctors & eminent scholars. On successful completion of the course each the student were received a diploma  certificate by Sri Swami Adhyatmanandaji which is recognized by Gujarat University.